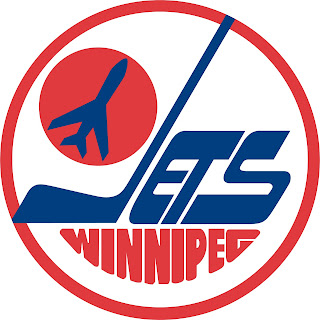 Summer's here, which means Black Aces goes into semi-hibernation, wakes up during the draft  and dozes off until mid to late August.  But I'll be back with any major move made by the Senators, which should include a coach in the coming few weeks, and hopefully an interesting UFA signing or two come July 1st.
As for the draft, I'm looking for GM Bryan Murray to make an aggressive move to grab Gabriel Landeskog (possibly in a trade with the Panthers who pick 3rd). The Swedish winger would be a perfect fit for this team, but if they stay at number 6, I happen to agree with the Hockey News who see them grabbing skilled centre Ryan Strome. But really, who the hell knows besides management and the scouts at the draft table itself.
How tough is it going to be on Robin Lehner if he carries his team to the AHL championship in the next week or so and realizes he's not going to get a chance to win the number one spot in Ottawa next season?  For sure, Craig Anderson is the Senators guy next year, but Lehner has been so good at times that he's really pushing management to get him back on the fast track to the big time. Probably won't happen, as they want to be careful with this guy. If they strike out with him, like so many goalies in the past, all this rebuilding may not mean a hell of a lot in the next five years.
As for the NHL playoffs, it's been a great ride so far, maybe not as good as last year's edition, but pretty close. It's been great to see ex-Senators like Chris Kelly and Zdeno Chara make a solid run for the Cup and I'd be happy to see them grab their chance while they have it. Funny how Kelly has been a much better pickup at the deadline for the Bruins than Tomas Kaberle. Still don't like the Kelly deal, but it's great to see him getting another chance to win it all after losing out with the Senators in 2007. But I don't know how they are going to stop the Canucks, who have won me over after thinking they were vastly overrated going into the post-season. I was plain wrong. They're nearly unstoppable.
And finally, congratulations to the folks in Winnipeg for getting their Jets back (if they're not named the Jets, someone will have truly blown it). But remember the fans in Atlanta. Getting a franchise ripped from your town is nothing to celebrate and Ottawa fans came very close to seeing that happen not too long ago. They may not have had a large following, but no doubt there was a core of true fans in that city and it's too bad ownership let them down in such a big way. But if the Thrashers had to move somewhere, there could be no better place than Winnipeg, who know only too well the pain of losing a team.
Welcome back to the club.
See you folks at the draft.
***

Not much Sens-Jets related content on the Tube, but here's a handful, including a lengthy two-parter showing plenty of game action of the two facing off back in the Civic Centre in 1995. I don't care what anyone says, the Civic Centre was a beauty place to watch an NHL game. 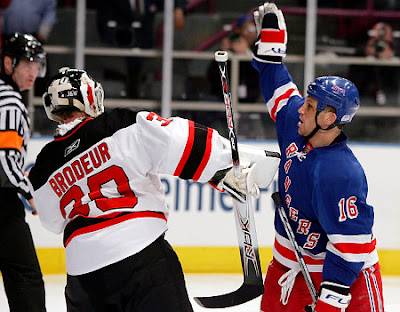 A big congratulations to Sean Avery for having the courage to defend same-sex marriage in a public series of ads in New York, being the first NHL athlete to do so in such a manner.
And a big thumbs down to Uptown Sports Management vice-president Todd Reynolds, whose clients include Mike Fisher and Chris Neil, for being a complete coward and attacking Avery and same-sex marriage through Twitter, of all platforms. When you think you can define an important moral issue and smear an athlete all in the space of 140 characters or less, there's likely nothing behind those words other than bluster and ignorance, or worse, hatred.
Any argument that proposes denying basic human rights to a certain segment of the population is a flawed argument, and will one day be considered only a historical curiosity, like the people who thought the world was flat or that women should not have the right to vote.
History will be kind to players like Sean Avery and others who stand up for basic human rights in an atmosphere that not only works in a social and political vacuum, but discourages individuality and controversy. It will not be so kind to Reynolds and others like him who see the world through a fear coloured lens.
Posted by Jeremy Milks at 8:59 AM 3 comments: