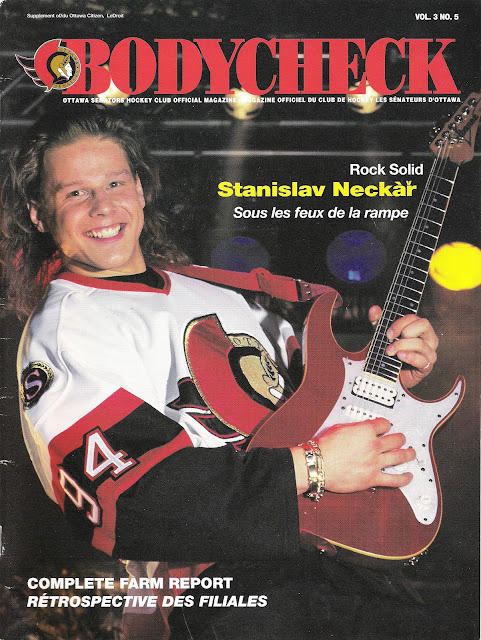 I just got a new bundle of these old mags and right on top was a cover shot of Erik Karlsson on a mint 1995 issue of Bodycheck (above).

It was, of course, just Stan Neckar pretending to wail on a red guitar on the Barrymore's stage during a colossaly awkward photo shoot. But don't get too comfortable. That could be Erik if the lockout drags into December. Remember that Kiss dress-up photo from last year? He's prone to these episodes.

After going through the stack of Bodycheck's ranging from 93-93 to 95-96, I picked some of the more interesting highlights (click on image for full size). Here we go:

Darcy Loewen cover: The Billy Ray Cyrus/Garth Brooks effect was still in full swing approaching the mid-90's, and Loewen wore a duster jacket with pride. Guaranteed this cover was shot with the ladies in mind. Loewen has a shiner from one of his many scraps that the fans loved in the early Civic Centre days. 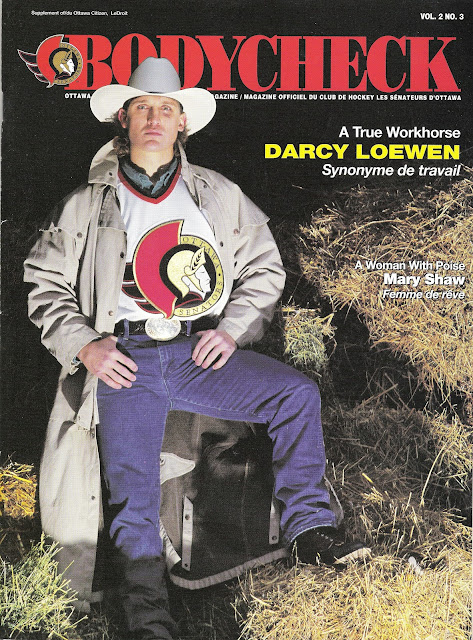 Texas Connection ad: Good lord. Sometimes I think people dressed worse in the early 90's than at anytime in the 80's. Because everyone dressed like this back then, right? Not surprisingly, this store was located in Carp, where most of my family is from. My dad could have been in this photo and nobody would think he was out of place. 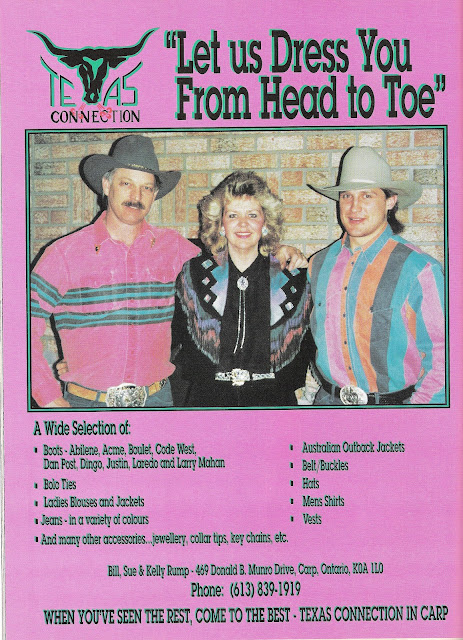 Rick Bowness ad: At least Bowness had the smarts to stick to athletic gear. 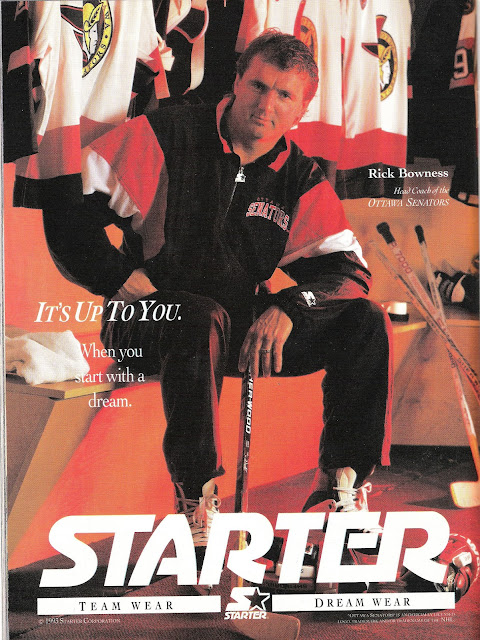 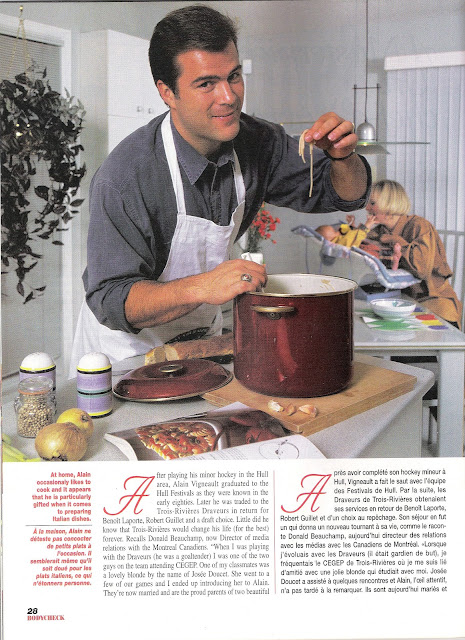 Dennis Vial poster: A lot of these Bodycheck magazine were mercilessly cut up so these posters could go up on bedroom walls. Vial is basically forgotten nowadays but he was the Sens PIM leader until Chris Neil came along. His scraps with Buffalo's Rob Ray are the stuff of legend. 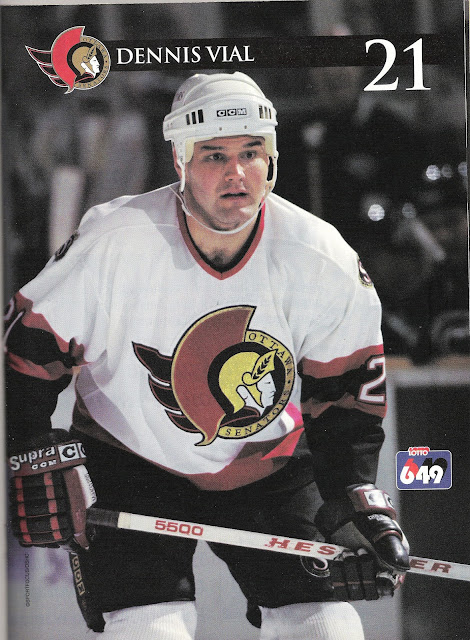 Hey, whatever happened to the discounts at Future Shop? Remember the days of off-white computers? They're all nice and yellow now. 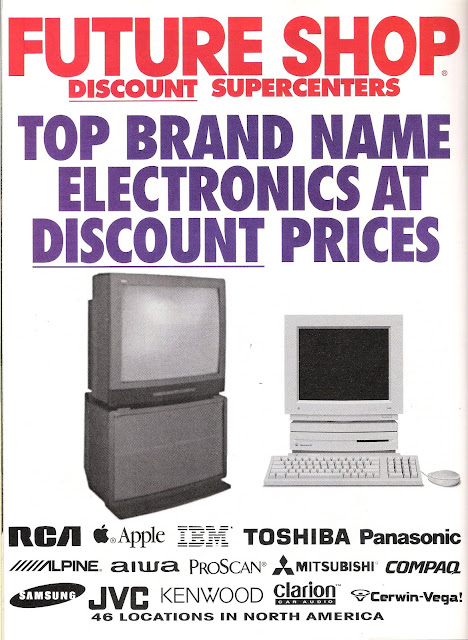 Alfie cover: Who would ever have thought this skinny kid with the aw-shucks smile would turn into who he is today? He thought he'd play a year or two and then head back to Sweden. He looks greener than Erik Karlsson ever did if you ask me. 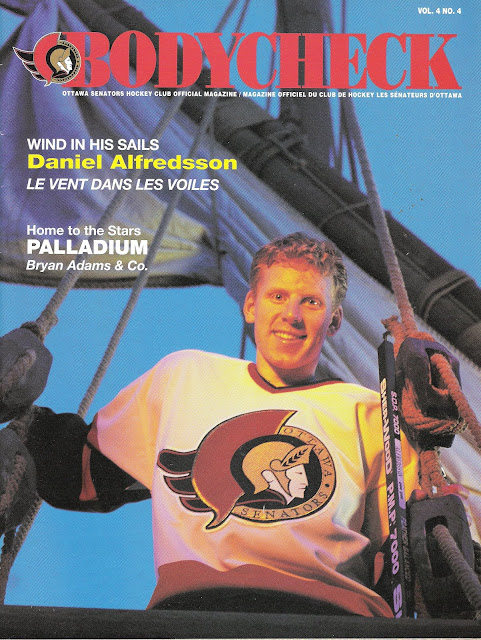 But when he threw on the old Darth Vader blacks and the rounded helmet, he had that "Swedish Grit". Man, those uni's still look great today. 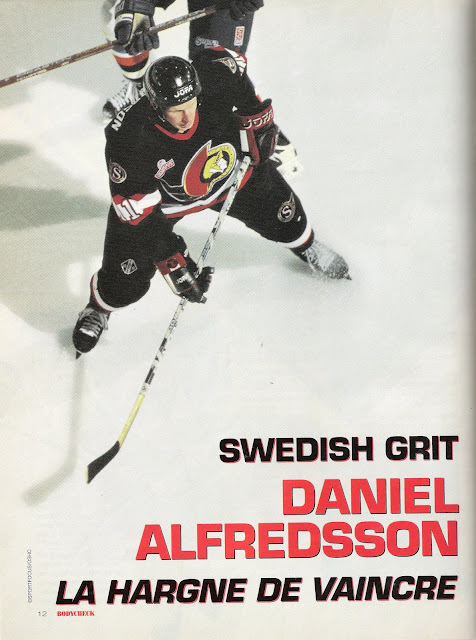 Bruce Garrioch: The way we were. For all the grief Garrioch gets from the bloggers and insanely rude Ottawa Sun commenters, he was there covering the team every day when there were barely 20 games a year on television and the bloggers were watching Inspector Gadget. And he's holding the old paper bible before the days of Cap Geek and Hockey Database. 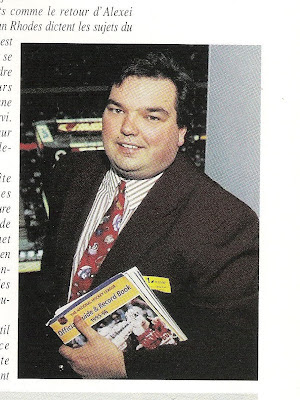 Steve Duchesne cover: In the days when the internet was this amazing new thing, there were many photo-ops like this with a surfboard and a computer, ala "Surfing The Net".  Judging by the crowd in the back, it looks like this was done during a game, which is really strange. Duchesne was a natural hambone. My mom loved him. 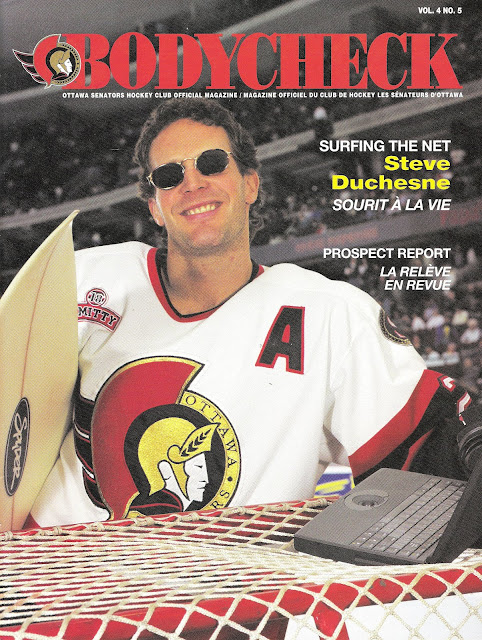 And finally, remember these ads? Remember those old LOEB pizza's your mom used to throw in the oven before Sens games? This brings it all back. He's in his Stan Neckar pose. 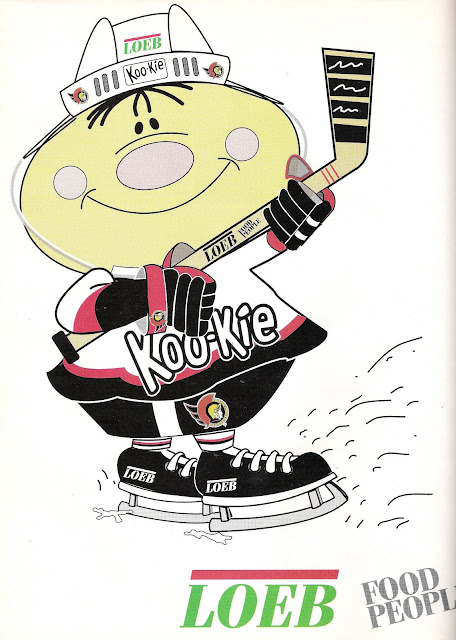 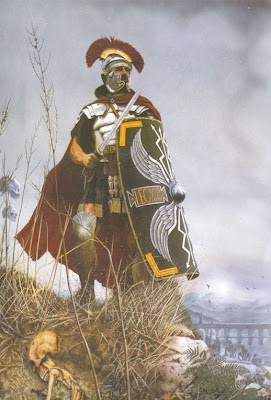 A few people emailed me recently wondering if Black Aces was kaput. Nope. We'll be going again once the games start up and I don't have to invent storylines (at least not as many as I do during the regular season).

The truth is I went for a couple of consolation beers the day Matt Carkner left the Senators for Long Island and those two beers quickly turned into a baker's dozen, and then a week long bender around Bytown's more classier joints. Unfortunately for all involved, this was not the end of the long, humid nightmare. 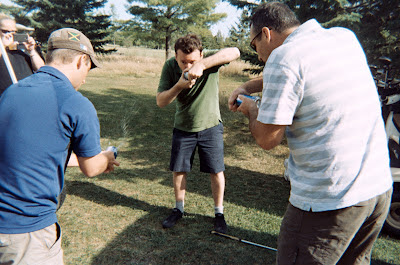 A week later I was spotted in Helena, Arkansas working as a hotel dishwasher under the alias Kid Galahad.  After a brief spell in a Mobile, Alabama jailhouse for various crimes on a golf course (pictured above), my family was able to extradite me to Canada where I've since been recovering at home watching the entire Knight Rider series on this new thing they invented while I was away called Netflix.

My B12 levels are returning to normal and I'm looking forward to another year of Black Aces once the lockout ends.

Yes, Matt Carkner is gone, but the ego-driven world of hockey blogging must continue, and I'll be there like I have been since 2007, still blaming the rest of you for running Ray Emery out of town.