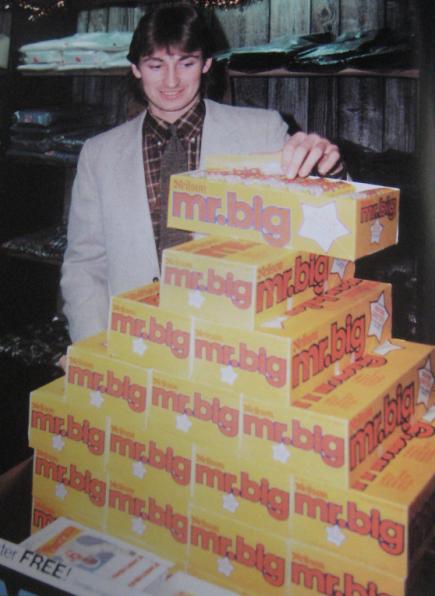 When I was a kid in the early 80's, I would consume anything that had The Great One's image on it. Pro Stars Cereal, Neilson Instant Chocolate Milk Mix, Malted Milk, and of course, the grossest of them all... Mr. Big chocolate bars.

Gretz added a wholesome image to junk food wrappers, but in a time when people smoked in grocery stores - even your grandma - Mr. Big's didn't seem so bad for your health back then. 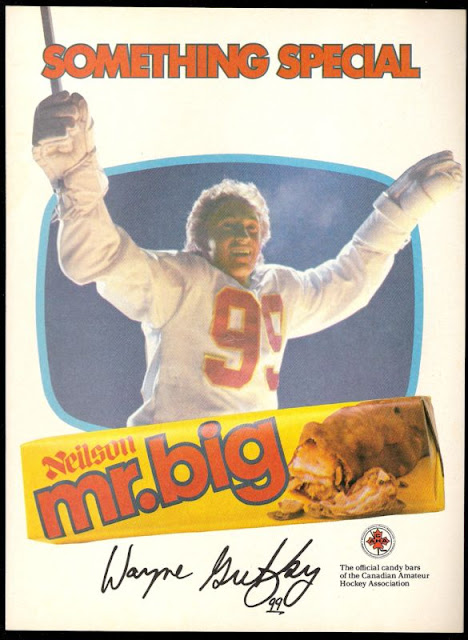 Gretz took his sponsorships seriously. He wasn't shy wearing a Mr. Big golf shirt next to his hockey hero and one of the greatest of all-time, Mr. Hockey Gordie Howe. 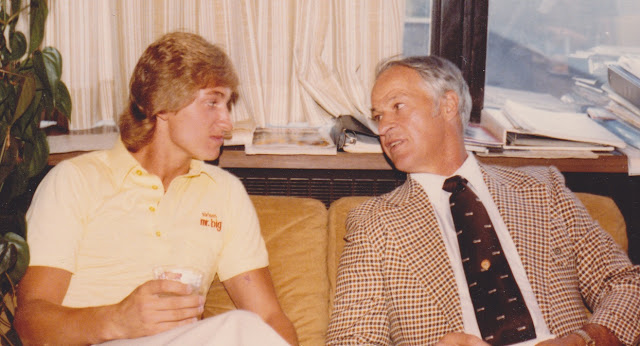 Get 'em into you, kids.
Posted by Jeremy Milks at 9:44 PM No comments: 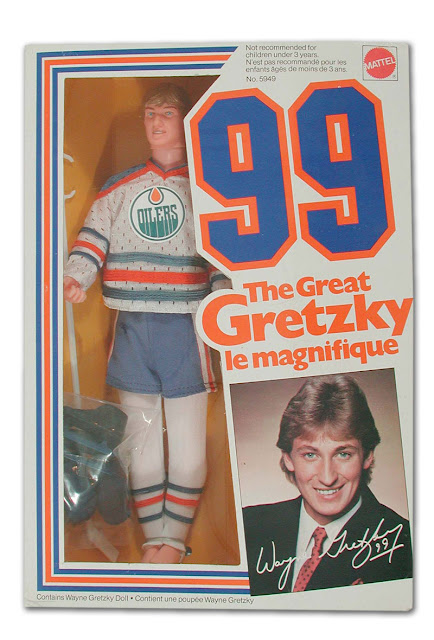 There is no end to Gretzky memorabilia. I love this stuff.


Posted by Jeremy Milks at 6:24 PM No comments: 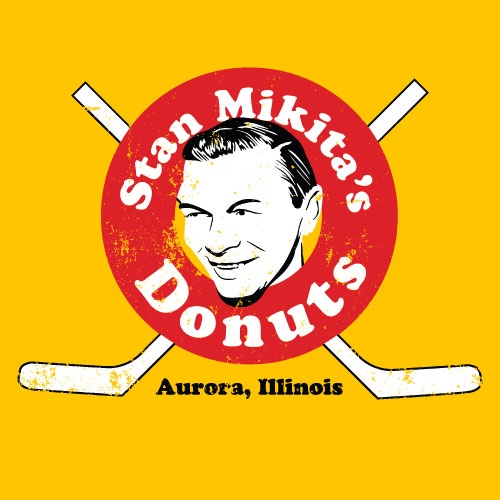 Posted by Jeremy Milks at 11:08 PM No comments: 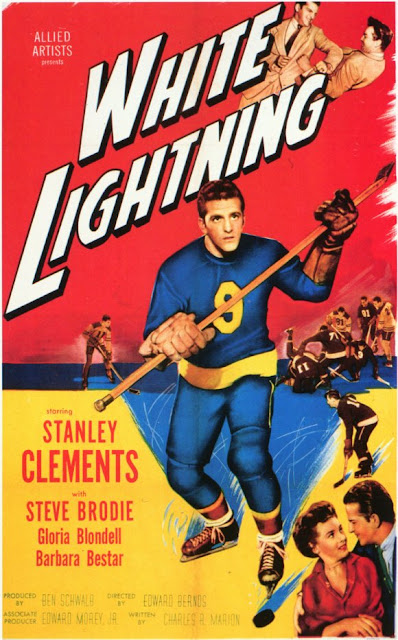 The plot synopsis from IMDB is a doozy:

"The Red Devils, a professional ice hockey team, owned by Jack Monohan, is in the midst of a long losing streak, due to bribes being accepted from gamblers by the star player. When the team is joined by cocky Mike Connors, a boyhood friend of Jack's, they begin to regain their former winning ways. Mike becomes a star who cannot be stopped, but is disliked by his teammates becuase of his selfish play. Jack tries to keek Mike away from his sister Margaret, who is in love with him, which leads to a bloody fight between the two men. The angry Mike accepts a bribe from gambler Rocky Gilbratar to throw the big final game. But during the game, an appeal from a young boy who idolizes him, Davey, sets Mike on the right road, and his unselfish play helps win the game."

Being both a movie geek and a lifelong hockey fan, it's incredible to me that I've never even stumbled upon this at some point. 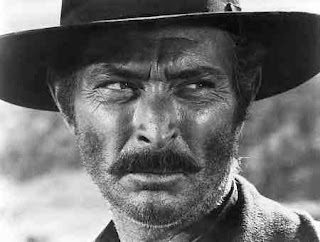 I can't even dig up a trailer for this thing. But Lee Van Cleef (from The Good, The Bad and The Ugly) stars as a character named Brutus Allen. I wonder if that's a player or a gangster? I can't really picture Van Cleef on skates but I'd like to imagine him sneering at a faceoff and spitting snuff tobacco out the side of his mouth onto the lily white ice. 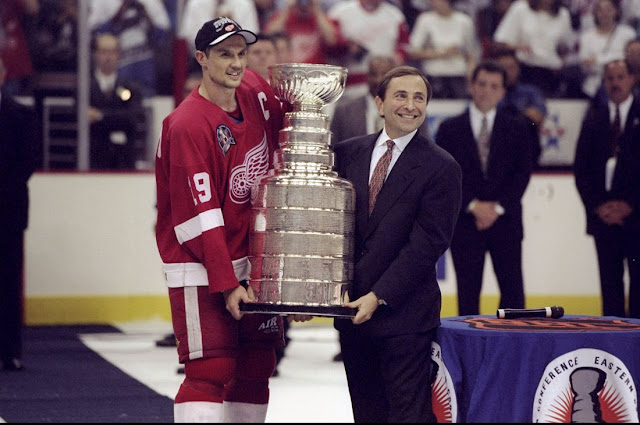 Of all the important issues that need to be resolved during this colossally boring labour war, let me throw one out there that I can guarantee nobody is talking (or caring) about during negotiations.

It’s been proposed before by a few people, journalists and players, but surely this is an idea whose time has come. The players should slip a clause in there that the Stanley Cup is no longer presented to the winning captain by Gary Bettman. It’s just getting too ugly to continue. Nobody wants to see a player unwilling to shake Bettman’s hand at the most photographed moment of the year.

If there is a Stanley Cup awarded in June (or July) of 2013, let it be Wayne Gretzky, Gordie Howe, Jean Beliveau or Mark Messier who hands the trophy to Daniel Alfredsson (yes, that’s me being clever).

Let Bettman come out with the microphone and get booed but let him announce that Wayne Gretzky is going to present the Stanley Cup and you instantly turn an awkward moment into something everybody involved in the game would be happy with. The person presenting the Cup has to be a past winner and that’s the only criteria. You might say it’s tradition that the Commissioner (or in the past, the President) gets to do the duty but it wasn’t that long ago when Gretzky himself started the tradition of all the players sitting at centre ice for the Cup photo right at the peak of celebrations. It wouldn’t be long before it would seem weird that we once let the Commissioner pass the greatest trophy in sports.

To get more legends involved, do the same thing with the Clarence S. Campbell  and the Prince Of Wales trophies to the winners of the East and West.

It’s the smallest thing in the world right now, but the payoff would be bigger than many can imagine.

In the meantime, I’ll be watching Youngblood until this thing blows over.
Posted by Jeremy Milks at 12:14 PM 2 comments: