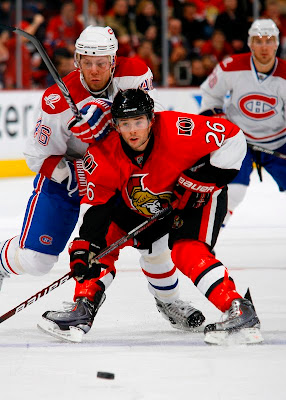 Another great signing by Bryan Murray.

Ryan Shannon came to Ottawa on a 2 way deal after failing to make his mark in the Canucks organization and has since become an underrated part of the Senators squad.

Simply put, the guy can flat out skate.

For another year at only 625 grand, Shannon has become one of those indispensable depth players who make an impact on the ice and not on the balance sheet. You can't stress enough the importance of having cheap role players like this in a salary cap system. He may be small and somewhat susceptible to injury, but he may be more valuable to the Senators than half the players who make more money than he does simply by the combination of his skill set and minimal salary.

And don't forget for a moment that Murray probably feels somewhat proud of plucking this guy from obscurity and wants him to remain wearing a Senators sweater for the foreseeable future as a subtle reminder that, yes, he knows what he's doing.

Not that Shannon makes a habit of scoring mind-blowing goals like this, but this shootout goal sure is fun to watch one more time.

Now, to get a pen in Anton Volchenkov's hand...
Posted by Jeremy Milks at 7:03 PM No comments: 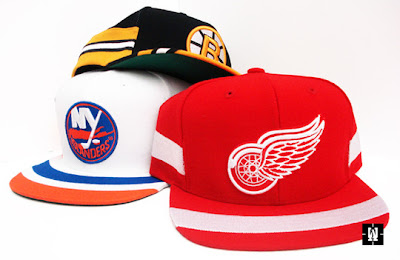 Being a bit of a vintage jersey hound, I can't help pointing out these insane new caps. Kind of cheesy yet eyepopping at the same time. I don't think I'd be brave enough to walk around in one but they'd look cool on the rack. You can check them out at Mitchell and Ness. Pics courtesy of Universal Article. 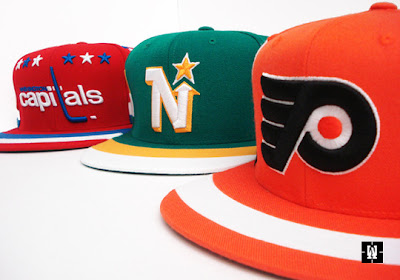 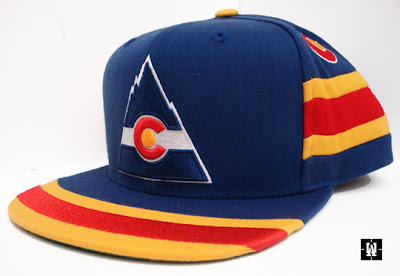 Posted by Jeremy Milks at 6:59 PM No comments:

Defenseman On The Way - Who's It Going To Be? 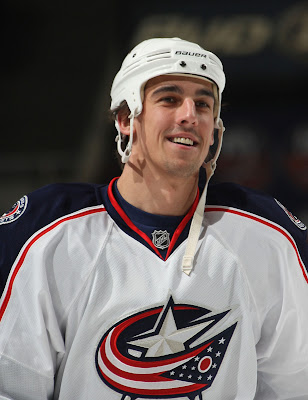 Despite Black Aces arguing against any major moves, Bryan Murray went out and made a pretty good one by picking up Matt Cullen from the Hurricanes for the inconsistent, error prone Alex Picard and a draft pick.

While it puzzles me as to what Murray can do with such an ungainly group of forwards once Nick Foligno gets healthy, Cullen is just one more building block for this suddenly upstart team heading into the playoffs.

But dealing Picard also left the defense thinned out and Murray even called his shot by saying he was going to have to trade to fix his top six. Unless Brian Lee is the answer (and he likely isn't), Murray needs to grab at least one experienced NHL defenseman at the deadline.

Who's going to be the player vaulting from a non-playoff team (and probably a warmer climate) to the slushy, bleary city of Ottawa where at least the hockey is reason enough to crawl out of bed in the morning?

Chances are, it's going to be an upcoming unrestricted free agent as Murray doesn't want to tie up money that could be going to Anton Volchenkov and he also needs to keep some roster space for the likes of Jared Cowan and Patrick Wiercioch next season in case they can make the same step that rookie Erik Karlsson made this year.

But someone is going to be on their way to Ottawa by March 3. Ken Warren of the Citizen outlined his picks here so I thought I'd make a list of my own.

Let's try and narrow it down with these possible candidates:

He fits the bill. He's been to four Stanley Cup finals as member of the Red Wings and the Hurricanes and he's a defense first guy who is capable of playing over 15 minutes a game. Ward has bounced around the league quite a bit the past five seasons but that's because he's a useful defenseman with size and experience. He's also a free-agent. At a pro-rated 2.5 million salary, Ward is a good bet to be on the move, either to Ottawa or elsewhere.

Already the subject of Ottawa rumours, Seidenberg is younger than Ward but only has 19 playoff games under his belt. He makes nearly the same dough as Ward but might be harder to pry loose as no one in the Florida organization is ready to give up on the playoff chase just yet. Seidenberg logs heavy minutes on the Panther blueline and it may take Brian Lee to shake him loose. He's also a free-agent at seasons end.

The Jackets may be ready to start retooling in a tough Western Conference where they are roughly ten points behind the cutoff. They might as well be twenty behind. Jurcina is a beast at 6'4", 240 pounds and is a plus player on the weak Jackets. He's going to be much sought after this deadline as he adds instant muscle to any lineup. He won't give you any offence but that's not what Ottawa needs right now anyways.

Strudwick is an old horse in the NHL now (he's only 34 but he seems to have been around forever hasn't he?), but his size (6'4", 225) is still an attractive asset and he could be quite useful during the long playoff grind if any of the other more desired names land elsewhere. He's a UFA who will be looking for one last contract before heading to Europe or cottage country for good. Strudwick has only had a cup of coffee in the playoffs and it would be interesting to see what he could do for Ottawa. This move is one to watch for, if you ask me.

Kingston boy Andy Sutton would fit nicely on any blueline as he has monster size and a modest ability to contribute points. Like Jurcina and Seidenberg, he'll be much sought after. Sutton has only 4 playoff games but, like Hal Gill, that seems to be the type of format where he would excel the most. I thought Sutton would have been a nice addition to the Sens a few years back when he signed on with the Islanders. Now Murray has a chance to make that a reality. Again, someone like Brian Lee may have to go the other way to beat out other teams making offers.

Meyer would be a step down from Sutton but he could work the power-play in a pinch. He would be strictly depth and probably not able to unseat anyone on the Sens blueline as it stands now (Campoli's injury notwithstanding).

It seems unlikely that the Blues would move Sydor with a playoff spot in their grasp (and having won 3 in a row before the break) but they might make the move if the right offer came along. Not much more needs to be said about Sydor - he's been to the Stanley Cup final five times and won twice. The Senators could do a lot worse.
Posted by Jeremy Milks at 5:30 PM 2 comments: