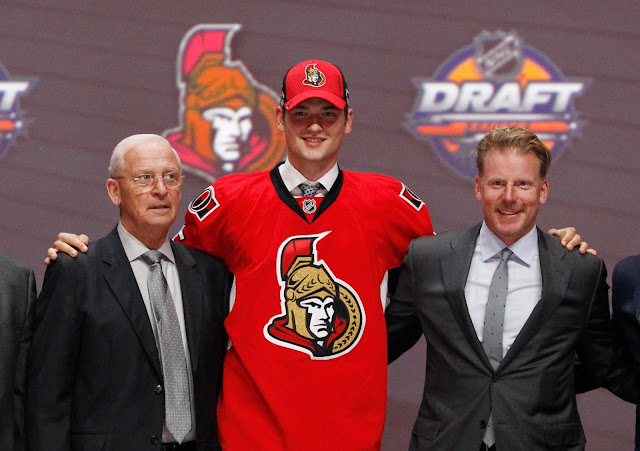 Check out the latest Black Aces column up at Faces Magazine here.

"The road to the NHL was supposed to be faster for Logan Brown. Like a lot of commuters in Ottawa, he arrived a little late to the office.

Everyone has been waiting for this kid, some more patiently than others. Drafted 11th overall by the Ottawa Senators in the first round of the 2016 draft, Brown was immediately pegged as the big, skilled centre to fill the skates of the departed Jason Spezza. It seems almost ridiculous to suggest a 21-year-old is “late” to make his mark, but today’s NHL is an unforgiving results-now league where high draft picks are expected to arrive more or less All-Star ready.

Brown showed up like most teenagers you know – confident, gangly and a little sleepy...."

Posted by Jeremy Milks at 2:44 PM No comments:

The Pageau Decision Must Weigh Heavy On Pierre Dorion 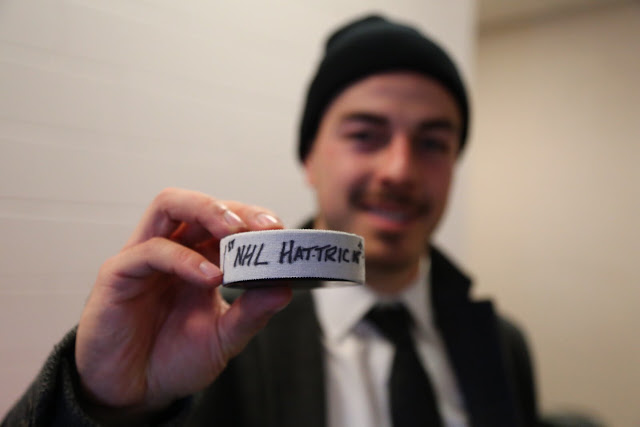 Check out the latest Black Aces up at Faces Magazine here.

"Pierre Dorion needs this like he needs a hole in the head.

The Ottawa GM has yet another fan favourite to sign or deal before the trade deadline, and no one is going to forgive him whichever way he chooses, a familiar feeling for the Orleans native.

Jean-Gabriel Pageau, the locally born draft steal who has the distinct privilege of having his name sung by fans whenever he scores a big goal, needs a new contract or a new postal code and nobody seems to know what Dorion should do about it...."

Read the full article here.
Posted by Jeremy Milks at 3:47 PM No comments: