No One In Ottawa Feeling Sorry For Leafs Woes 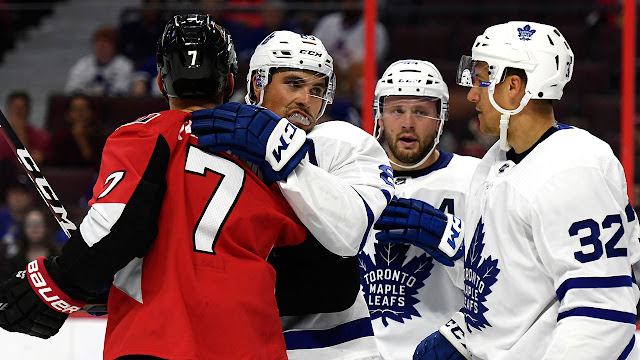 The latest Black Aces column is up at Faces Magazine. Read it here.

"Let’s call it an “involuntary compulsion”.

Hockey fans in Ottawa always seem to have one squinty eye on the blue and white team down the 401, a glittering city that’s four and a half hours away by car but just a quick step or two away via memory lane.

The history between the Maple Leafs and the Senators is ugly and traumatic. Ottawa was always on the wrong end of multiple playoff battles, but skirmishes have been won by both sides along the way. Just a cursory glance uncovers a seamy underbelly of drama and irrational behavior that would seem almost barbaric if it were to happen in today’s NHL of concussion spotters and civilized discourse.

Yet some things never really change....."