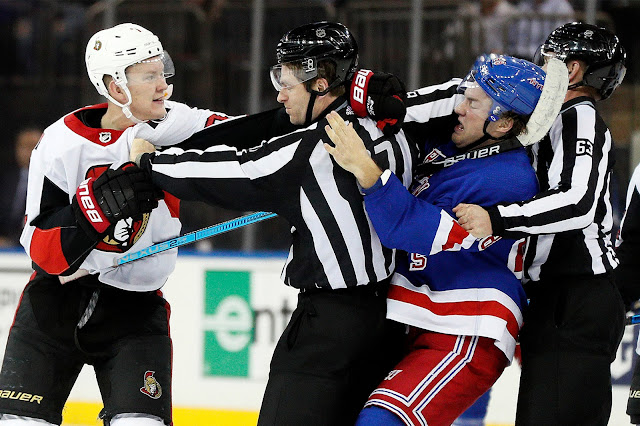 According to the experts in various fields, the unending apocalypse was headed to Ottawa this winter.

In the midst of a particularly nasty election in the fall, the well-coiffed hosts on the Weather Channel kept saying it was going to be a long, cold winter with plenty of the white stuff, allowing for a few corny asides like, “Get those toque’s ready folks” with a forced studio laugh that nobody was buying for a second.

Elgin Street was ripped up and resembled something out of an Italian neo-realist war film, while the city's colossally expensive new LRT was just starting to roll into a two-month PR nightmare that will likely become a case study of crisis management for years to come in the world’s best schools.

Yet, the fine folks of Ottawa have handled worse, considering the city actually burned to the ground once, then watched the Parliament Buildings reduced to cinder in another fire 16 years later. They’ve endured ice storms, lumber gangs, the War Measures Act, sinkholes, the Phoenix Pay System, Mike Duffy and continue to live with Pierre Poilievre pissing in the streets and barking at people.

If you believed the pundits, that was all a minor irritant compared to the incoming train wreck of the 2019-2020 Ottawa Senators hockey team.

One hockey podcast, going team-by-team in their predictions for the upcoming season, just began laughing uncontrollably when it came time to talk about Ottawa. Once they calmed down, one host magnanimously said “Okay, all jokes aside, I guess Thomas Chabot and Brady Tkachuk are relevant. Otherwise, this is going to be a disaster to watch.”

You might be able to find a publication that didn’t predict Ottawa to finish last, but you would probably have to leave the continent of North America to hunt it down.

Everybody had their laugh and got in their snarky comments on Twitter, because the world loves a good beat down, especially in sports.

It can now be said, Brady Tkachuk didn’t give a shit.

Neither did new coach D.J. Smith, reclamation project Anthony Duclair, the forgotten J.G. Pageau and local superhero Mark Borowiecki. You can probably count on one hand the number of players who didn’t show up to camp with something to prove to the hockey world.

If this column was a movie, now would be the time to insert a highlight packed montage (to the soothing sounds of Slayer) where we would watch Tkachuk scoring 25 seconds into the season’s first game against the hated Maple Leafs and celebrating directly in the face of Toronto fans. That sort of immediate defiance was like a microcosm of the months to come.

Just as Slayer really dig into Raining Blood, we’d see Borowiecki casually strolling down Vancouver’s Downtown East Side with a shopping bag full of baby onesies, spotting a robbery in progress and then clotheslining the suspect to the pavement and holding him until the baffled cops arrived.

If this were a Western, Borocop would have lit a cigarillo and rode off into the sunset to the next border town while an old, unshaved barkeep stands on the saloon porch watching him go in wonder.

We’d continue with replays of Duclair on the penalty-kill, blowing by a lazy Flyers defense, stealing the puck from goalie Carter Hart and wrapping it into the net for another Senators short-handed goal.

We’d see assistant coach Jack Capuano, whose idea it was in the first place to use the once-maligned winger on the penalty-kill, smiling slightly on the bench, while D. J. Smith continues to furiously chew gum through good times and bad.

The song’s not over yet. We’re just getting to Pageau’s goals in November. In they go, on breakaways, from the slot, from beside the net. It seems ridiculous how many there are, but Pageau just doesn’t stop scoring in every conceivable situation, 11 in total for November alone.

As Slayer chugs to the finish, we need to see more of Brady. Opposing players follow him around the ice just trying to get a piece of him, and if they do, they regret it instantly. Tkachuk suddenly seemed to grow a few inches and 20 pounds over the summer and he’s been using every ounce of it in punishing, devious ways – in front of the net, in the corners, or just standing in front of the other team’s bench, chewing his mouthguard and smiling. It’s like looking directly into the eyes of a Philippine Crocodile who just crawled up into your picnic. You leave the food where it is and back away to your Dodge Caravan very slowly.

We finish with way too handsome goalie Anders Nilsson, who arrived in Ottawa on a last-chance trade after being labelled inconsistent during stints with the Islanders, Oilers, Blues and the Canucks. Just like Craig Anderson, who resurrected his career with the Senators in a similar fashion years earlier, Nilsson has actually won a few games on his own for this team, something that hasn’t happened in Ottawa for quite some time. He looms in the net like a giant statue but suddenly flashes an athletic left pad or glove to stymie chance after opposition chance.

It hasn’t all been highlights of course. The editing room is littered with ugly outtakes and a few dried pools of blood.

The point is nobody gave this team any chance to have a highlight reel at all going into October. On top of that, they’re not close to being the worst team in the NHL. The stats and the eye test both tell that same story.

The once mighty Detroit Red Wings, now led by Ottawa native Steve Yzerman, are painful to watch. Their goal differential hovers around the -60 mark heading into the Christmas season and not even contentious draft pick, Filip Zadina can lift spirits around Hockeytown as he is constantly compared to Tkachuk, the player Ottawa opted for over Zadina despite howls of derision on Twitter that it was the wrong choice. Zadina himself even vowed to “fill the nets” of Montreal and Ottawa with pucks for snubbing him. So far, the nets have been relatively safe from his wrath.

New Jersey is reeling despite the same pundits predicting a playoff team on the rise. Like Ottawa in year’s previous, they are struggling to sign their top player in Taylor Hall and saddled with P.K. Subban’s contract that looked better when they thought of themselves as a contender.

Multiple teams have fired coaches under accusations of inappropriate conduct in what has turned into the NHL’s own PR nightmare that may not have an end if retired players keep coming out of hiding with horror stories.

For once, the Senators are not a part of these headlines. In the past few years, it was a given that the Senators would be rocked by scandal every other week. They know what it’s like to be in that perfect organizational storm and are suddenly enjoying the peace that comes when the gloom passes.

Hell, the players are even smiling now. Sure, there’s more contract headaches on the horizon but those are more opportunities than an existential threat of loss. Guys like Dylan DeMelo and Connor Brown suddenly look like keepers and not just deadline rentals for faceless draft picks.

Duclair has earned his role in the top-six and might even get a payday here, something that seemed very distant when he landed in Ottawa straight out of John Tortorella’s doghouse in Columbus. When other coaches are asked about how they prepare for Ottawa, it actually sounds genuine now when it’s said, “they’re a hard team to play against”.

Suddenly, there’s no more angst to be had (unless you rely on the bus to get to the game) and the jokes have stopped.

This is a team. Maybe not a great team right now, but it’s a team that even has a little charm to it most nights.

At some point the fans are going to realize it and stop covering their eyes. After all, you don’t want to miss Brady Tkachuk’s next game or shift. You never know what’s going to happen. You just know that something WILL happen.
Posted by Jeremy Milks at 12:44 PM

I'm more interested in the scoreboard than the PiM totals.
Once Brady starts producing at an 80-90 pt clip and focuses on shot attempts instead of agitation per minute, I'll be back as a STH.

Chabot is great though, miss Filatov and Kovalev a ton!