Fans Want Youth But Can’t Live With The Mistakes 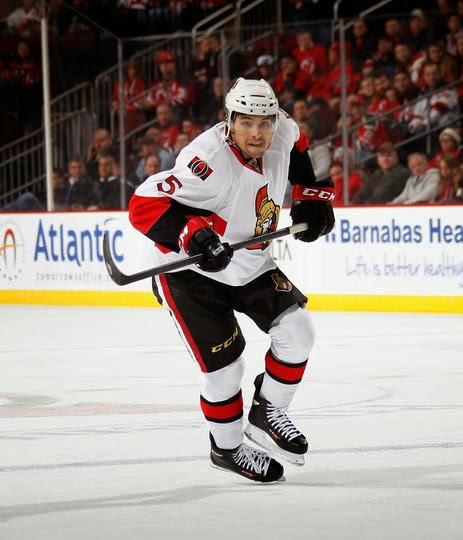 You can’t have it both ways. You just can’t.

Fans gush over prospects and young players the way teenage girls used to scream about The Beatles in 1964. They’re just so new and exciting. Then they play a year or two, and suddenly the new guys aren’t so fresh anymore, and a little too human for our liking.

Bring on the new batch of kids, most of whom have benefitted from the NHL Entry Draft hype machine and haven’t had the chance to disappoint anybody yet.

Too often, fans embrace the fresh face but don’t have the patience to watch them grow into veteran hockey players. And in order to become vets, they have to make mistakes and figure out how to play against players that rarely do. Sometimes that takes years. In the case of defenseman, it almost always takes four or five years, unless you’re a phenom like Erik Karlsson, and even he went through some nights where fans were calling for his pretty little head.

Now you see it every night on Twitter (that institution of sober second thought) with Jared Cowen. Fans are prepared to throw a 23-year old 1st round pick defenseman with under 150 games NHL experience on the garbage heap. On to the next guy.

Not that I want to turn this into an argument about Jared Cowen. I want to talk about young players in general.

If you like your hockey team young and exciting, that’s often what you’re going to get, although you might not fully understand the term “exciting”. That can cut both ways. Exciting sometimes means watching a rookie dash up the ice with unexpected speed, only to lose the puck at the blueline with a blind drop-pass and watch the other team go back the other way at 100 mph and pop the water bottle.

“Exciting” has never implied a certainty of outcome. What’s exciting about that?

If you want youth, you have to learn to live with their sometimes moronic, unintelligible blunders. There’s no way around it.

My son once dumped his entire cup of milk onto his plate of food that I’d spent an hour making, and just looked at me innocently for a moment and then said "Dad, can I get more milk?". (Naturally, I went right to Twitter and put him on blast.)

It’s a brutal fact that young, inexperienced hockey players are going to make mistakes at crucial times. Over 100 years of hockey should have taught us that. Forget hockey history ... common sense tells you that.

Look at last night’s game against Detroit. The Senators are controlling the play early in the first period until 20-year old rookie Cody Ceci makes a bad pass in his own zone that’s picked off by Riley Sheahan and rifled past a stunned Robin Lehner. The Wings never looked back and put a further five pucks past the rattled 22-year old netminder.

It was a must-win game for Ottawa with all sorts of pressure and the players who made the critical early errors for the Sens were all young guys with little NHL experience in this sort of situation.

Cowen was -3 on the night, continuing his horrid play that dates back to the Sens last game before the Olympic break against Boston, a veteran-laden team. Eric Gryba, who’s 25 but has only played 68 NHL games was also -3 as Cowen’s partner. We saw what happened to Lehner and Ceci.

Mike Hoffman, with 7 career games going into last night, was probably Ottawa’s best player because of his energy and skating, but he’s already failed to crack this lineup on multiple occasions. A handful of rookies and prospects have failed to make a dent this year, including Stephane Da Costa, Mark Stone, Derek Grant and Mark Borowiecki. All had their good moments but all were sent down just the same. For most of those guys, it’s going to take a lot more time. And for the guys already here, like Ceci, Gryba and Mika Zibanejad, there have been many times where Coach Paul MacLean has limited their ice time to protect them and the team itself in certain situations.

The Senators currently have 11 players (not including call-up Andrew Hammond) that are 25 or younger on their roster. Is it really a surprise that this team occasionally falters in meaningful games and are life and death to make the playoffs?

It’s a process that takes years and the failure rate is unbelievably high, especially for young defensemen. It’s hard to watch as a fan when Cowen or Ceci cough up pucks or Lehner gives up 4 goals in less than 8 minutes, but if you fall in love with these players at their first training-camp, you have to be prepared to tolerate their growing pains, even when it causes your team to lose important hockey games. Somewhere down the road, these same guys are going to win you the big games. At least that’s the plan.

It doesn’t mean you have to be happy about it. You just have to be tolerant and understanding.

Some fans want youth at the expense of veteran players and some of us accept that we are going to have youth if your owner doesn't want to pay for experience. Cap considerations will probably ensure a certain amount of youth as well.

Probably the Cowen signing drama doesn't help our patience either. He is getting pretty good cash to play like whatever it is he is doing. Personally I thought it was generous and I can't blame him for the contract, I can be disappointed in the return.

Hmm, I'm not sure I can read this stuff to prove I'm not a robot. Let's see.

With all due respect your blog is too generic. This team went to the second round of the playoffs last year with a similar mean age/experience of players.

This year we will be lucky to make the post season, and last nights effort showed us this years team is a far cry from last years team. By now we have a representative sample of this team (statistically speaking) and the results are less than favorable - the crew assembled can not make it happen and changes are required.

I would suggest we continue with the rebuild and move out some older 'assets' in return for future growth.

If we need to buy the young guys more time (like Cowen) then so be it, but might as well restock the shelves while that happens.
Suggestions (in order) include:
Phillips
Spezza
Neil
Michalek