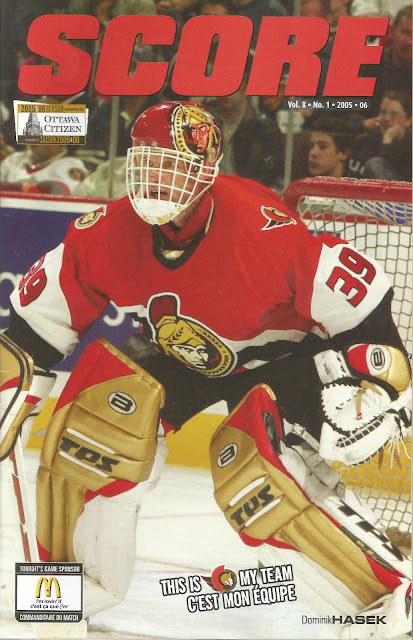 Over the years I've accumulated many of these things going to games and at one point I decided to scan the covers of the ones I still had (meaning the ones my wife didn't throw away).

They used to give them away for free, but like most NHL teams, they eventually stopped that practice. To be honest, I'm not even sure if they print game-day programs anymore. Just thought I'd share these as they can bring back a few memories and a few familiar faces.

Most people tossed these in the trash on the way out, left them in their car where snow and slush and dogs destroyed them, or just left them under their arena seats after the game. Even a deep internet search doesn't bring many of these back from the dead.

From what I can remember, the Score program was published every few months but every game-day a new insert was stapled into the center featuring that night's roster and current scoring etc.

One day I'll post scans of the much celebrated Bodycheck magazine the Sens used to print in the early days of the franchise. But for now... the much unloved and forgotten Score game-day programs for your nostalgic Sens needs. 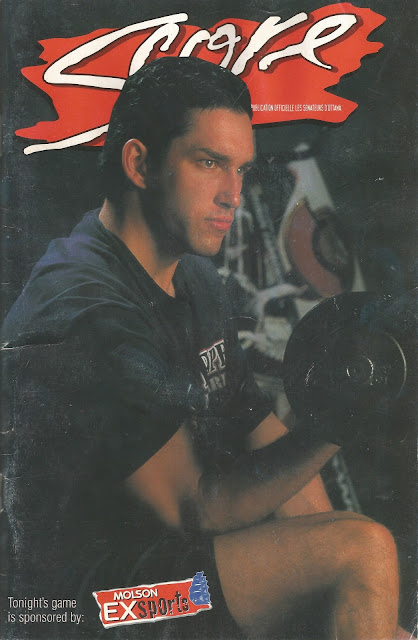 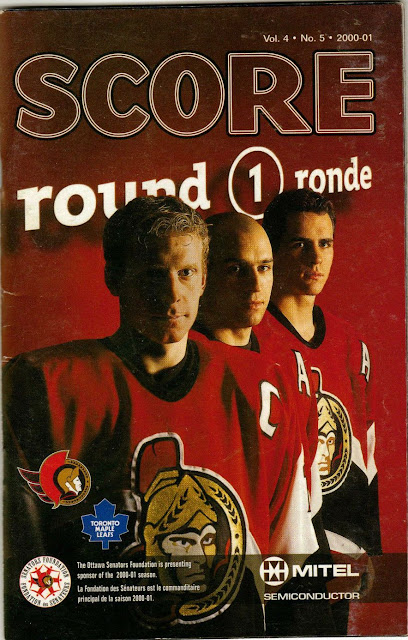 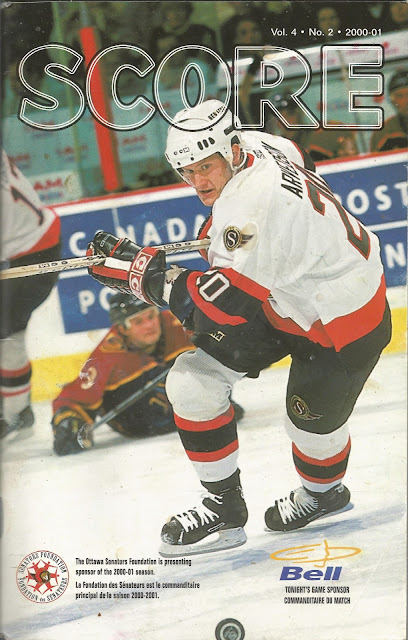 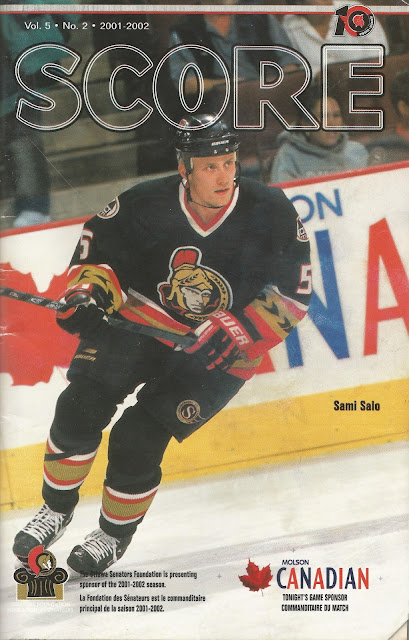 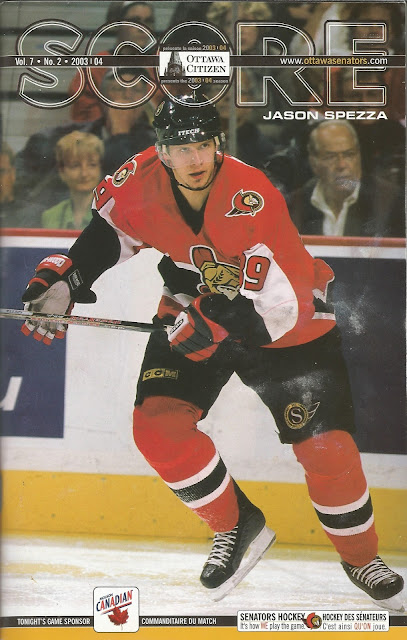 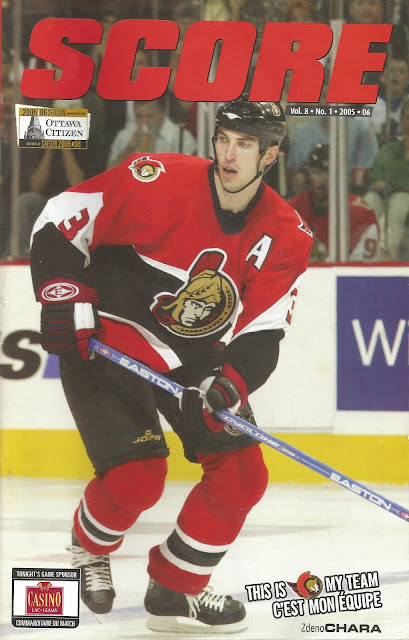 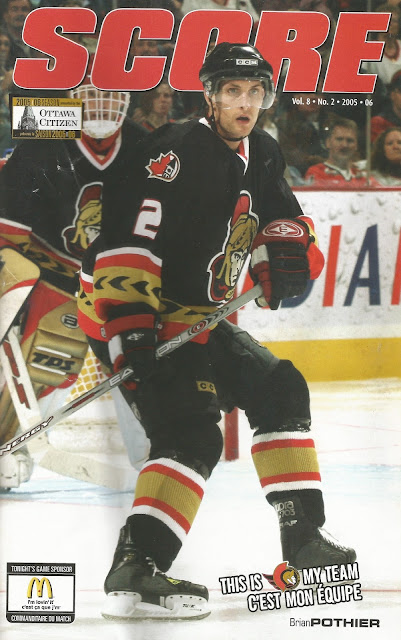 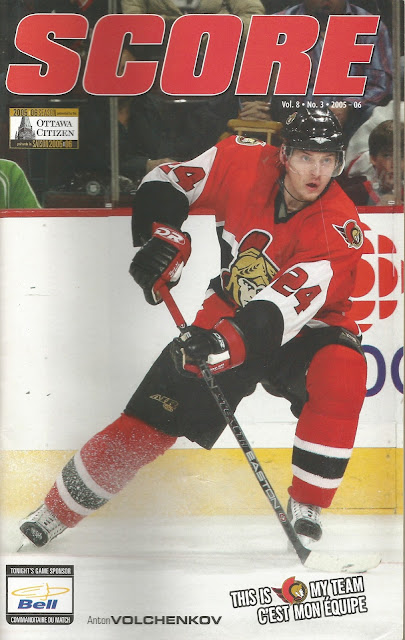 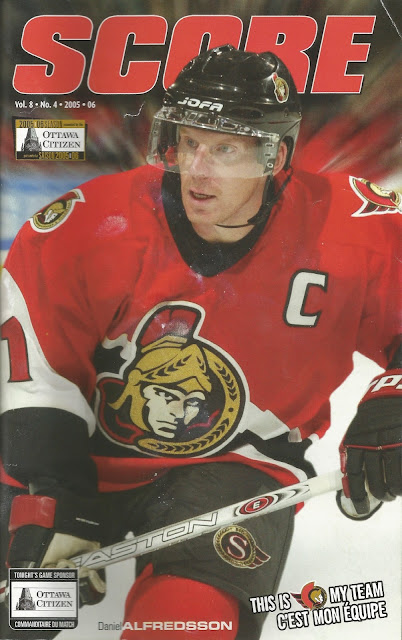 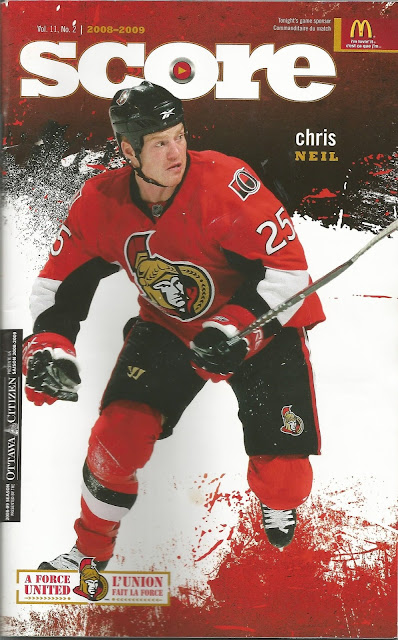 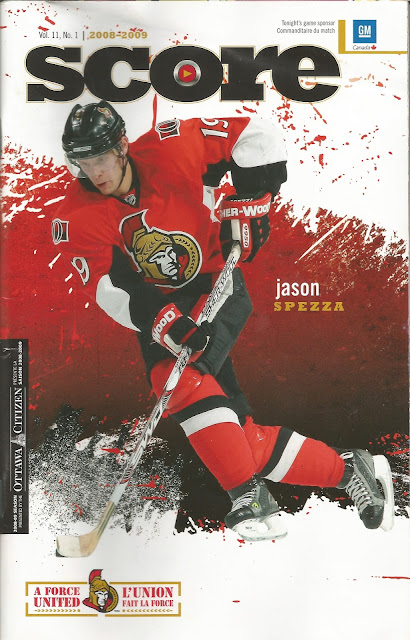 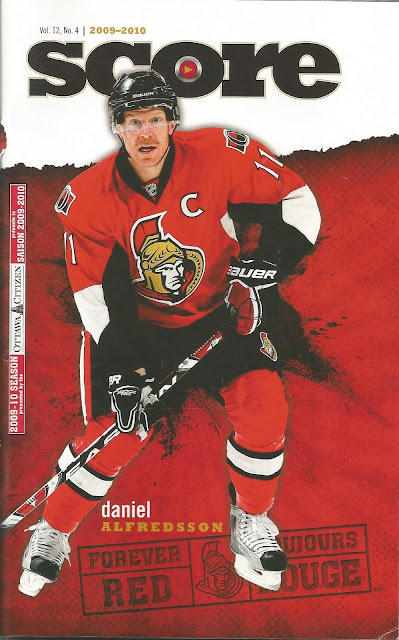 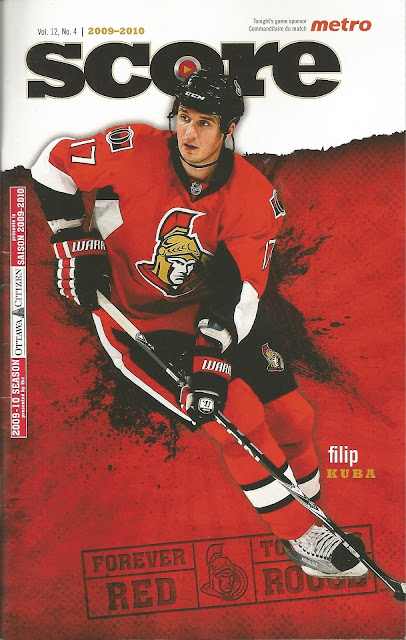 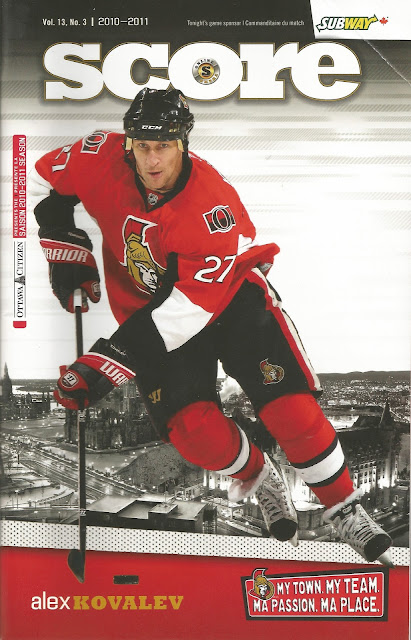 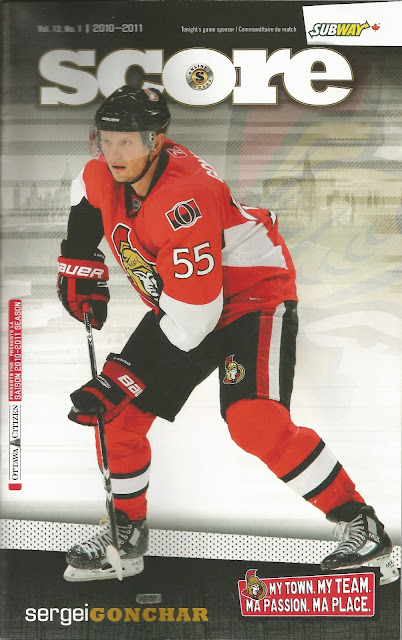 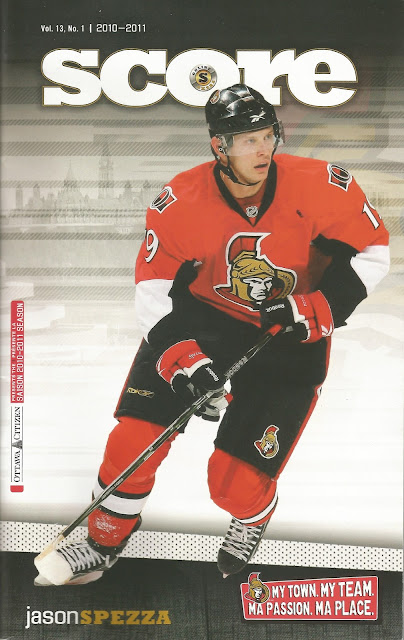