A Goalie Under Siege, Craig Anderson Fights For His Legacy 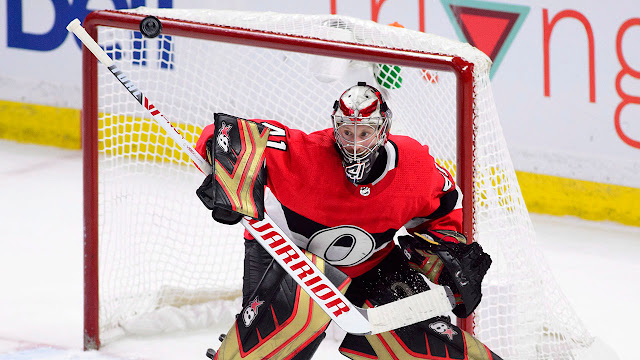 
"Even a routine Sunday night in Las Vegas can be eventful.

While most Ottawa fans were curled up on a couch after the first snowy day of late October, Senators goalie Craig Anderson was in eternally sunny Vegas facing 53 shots as the Golden Knights stormed his end of the ice with ease. Anderson was incredible, turning aside 49 shots with his glove, his stick, his pads and even his head.