A Little Bit Of “Crazy” Would Look Good On Boucher 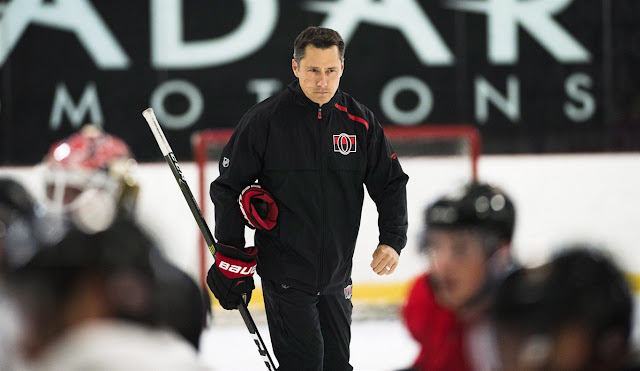 "It was a crushing moment for the Ottawa Senators, but head coach Guy Boucher just stared, seemingly frozen in thought. Was this grace under pressure or was it just another colourless moment from an increasingly colourless game?

First, let’s look at the facts. The Senators had just completed a 3-goal comeback in the third period against the Vegas Golden Knights on Nov. 8 but had quickly given up another to go down 4-3 with just under half the period left to go. Regardless of the sudden setback, the hometown Ottawa crowd was getting louder and the Senators best players, most notably young phenom Thomas Chabot, were coming on in waves. It was only a matter of time before the building was set to erupt again..."