The Cautionary Tale Of Matt Duchene, And The Road To Redemption 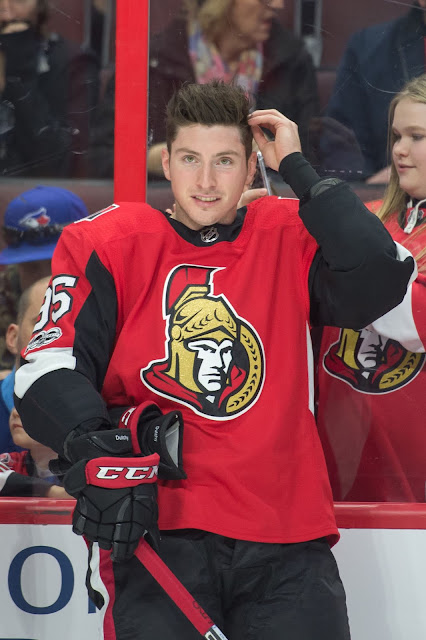 "Matt Duchene has the kind of face any Mom would love.

The kind of face you’d see in the 50’s selling Wrigley’s Doublemint or Neilson’s Hot Chocolate. The Haliburton, Ontario native has the look of a kid who’d knock on your door on a winter afternoon and say “My Mom made you this apple pie. She say’s Muurrrry Christmas!” and then turn around and trod through the snow with his mittens hanging limply on a string from his sleeves.

He’s only 27 (which is close to being considered “ancient” in today’s NHL) but he doesn’t look much different than most of the 19-20 year olds who invade league rosters year after year. During interviews he likes to wear his ball-cap backwards, and he smiles politely and speaks clearly. On the ice he’s undoubtedly a superstar – or at least has the skills of a superstar – with a ridiculously short stick that allows him to control the puck in tight around the net like almost no one in the game today. I don’t know what Zdeno Chara would do with that stick. He might eat it I suppose."