With Melnyk As Landlord, Sens In A Haunted House With No Escape 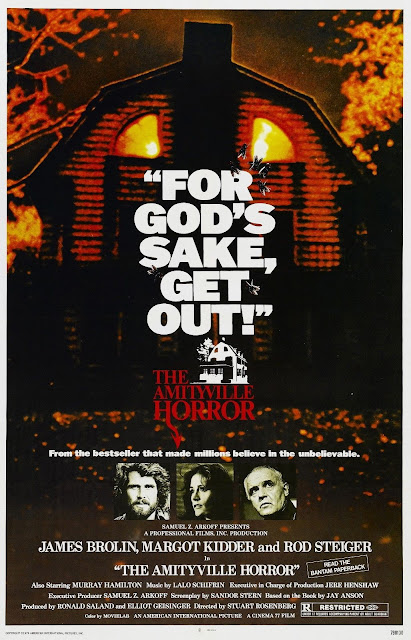 Lebreton Flats remains Ottawa’s ultimate “haunted house”, but it's not the only one.

Not that any real haunted houses remain on the Flats anymore. They were first wiped out by a massive fire in 1900, back in the day when it was possible for entire cities to be leveled by one casually tossed cigarette. Rebuilt quickly, an even worse disaster occurred when the Diefenbaker government expropriated the entire neighbourhood in the 60’s, demolished the houses and storefronts and then promptly did nothing with it for 40 years other than using it as a snow dump.

In any other city on any planet, land that valuable in sight of Parliament Hill would be a thriving part of the inner city. In Ottawa, weary OC Transpo riders stare at it every day out dirty windows on their way to the suburbs, wondering why there’s a big empty, depressing space in the middle of the city.

There’s not even a Starbucks there. The mind reels.

Refreshingly, those riders will soon be zipping by the Flats on trains instead of buses, but that “haunted house” will remain for the foreseeable future while Ottawa’s two alpha male businessmen fight to the death for the right to make millions of dollars from the country’s most famous snow dump.

And really, that’s what we’re talking about here when you remove all the language surrounding development, city planning, and condo revenue.

It’s about two businessmen, John Ruddy and Eugene Melnyk, who can’t make a deal with each other, and have decided to go nuclear in the courts, once again razing the Flats right back down to the contaminated soil. Not with fire, not with federal expropriation, but with unbridled ego.

Better journalists than myself have gone into detail surrounding the botched partnership so there’s no need to analyze the particulars here. Maybe Melnyk has a legitimate grievance over Ruddy developing a property in direct competition with the condo developments on the Flats, as he contends in the lawsuit. The two combatants will get their weeks in court and their pound of flesh once the judgments come in long past the time anyone really cares.

For Ottawa Senators fans, the judgment came down swiftly and without mercy almost immediately after the news broke in November. A shiny steel and glass rink for a rebuilding hockey team won’t be available to take the train to anytime soon. And it feeds into the now permanent perception that Melnyk is only capable of careening from one public relations disaster to another, all the while razing this town’s beloved hockey team right down to the pavement of the empty parking lot at the CTC in Kanata.

Both were once thriving components of this city, both suffered disasters – the Sens didn’t burn down but former owner Rod Bryden went bankrupt and the team was sold for pennies to Melnyk in the aftermath. The government tore people’s houses down in the Flats without much worry how the occupants felt or where they would go. Melnyk tore down every superstar and fan favourite who dared to step into the limelight – Marian Hossa, Daniel Alfredsson, Kyle Turris and Erik Karlsson.

And now both entities are in an embarrassingly long and drawn out holding pattern, with absolutely no certainty of what the future holds. The Flats could take another ten years until some clever businessman puts the right deal together, with or without an arena for the Senators. The team could drift ten years in a rebuild that has no guarantee of success and in a half-full arena in Kanata nearing the end of its life cycle.

That’s almost the definition of “haunted” - stuck in a realm between life and death, unable to cross over. Can you think of a better definition for either the Sens or the Flats?

Ruddy has the hearts and minds of the city behind him, due to his success with the Redblacks and various other profitable ventures around Ottawa. Melnyk gets billboards asking him to leave on the next available bus to Toronto.

This favorable view of Ruddy means nothing in the legal world, but it means everything in the real world.

Melnyk enjoyed an extended honeymoon when he “saved” the Senators from Bryden’s bankruptcy in 2003. Keep in mind that this bankruptcy occurred in an NHL era when teams had relocated for lesser reasons than bankruptcy. The loss of Ottawa’s franchise was a very real possibility at that time. Melnyk stabilized the franchise for what was a decade of success, culminating in a trip to the 2007 Stanley Cup finals. Life was pretty good around the team for a long time.

The new arena in Lebreton Flats was Melnyk’s last chance at winning back the hearts and minds of Senators fans. It was all set up to be the ultimate Hail Mary pass with Melnyk once again pulling this team from the fire and getting that public acclaim that he so clearly desires.

He’s not Ebenezer Scrooge or some comical villain that enjoys the negativity surrounding him. In fact, it’s the opposite. He reacts with indignant fury when given a chance to defend himself or his organization (as the UBER overreaction and the Flats lawsuit will tell you), which indicates he sees a grave injustice in how he’s portrayed by the media and fans. He’s not enjoying the billboards and the columns speculating on whether he’ll sell the team or not. It probably hurts more than he’ll let on.

Melnyk likely envisions a scenario where he’s the good guy again. He might even think it’s just around the corner. He won’t sell the team because his story and his legacy are not yet complete. It’s just a matter of getting the “right message” across and convincing us to see things his way.

Now that he’s booted the Flats opportunity into outer space somewhere, there’s just no hope anymore for his public rehabilitation in Ottawa, but alpha male businessman just don’t go gently into the good night. They fight to bitter end regardless of reason or even self-preservation.

For Senators fans, you just have to hope there’s something left to salvage once the ego battle is over.

As Ryan Adams once sang “I don’t want to live in this haunted house anymore.”
Posted by Jeremy Milks at 7:50 PM