Ron Wilson May Be In Trouble Down In San Jose 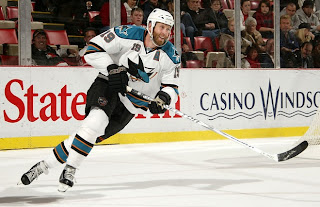 If you could call the San Jose Sharks anything this year, that would be mediocre. Only problem is, San Jose was picked by many to not only win the Western Conference but win the Stanley Cup. Instead they are sleepwalking their way through October with a .500 record and lost both of their games this weekend. Rumours are persistent that many players may not be happy with coach Ron Wilson's style, and not just Patrick Marleau who had a somewhat public feud with the coach last season.
If history is any indication, Ron Wilson typically does very well with a team in his first few years, like he did with Anaheim and Washington but then things seem to go downhill rather quickly after that.
To make things worse, Wilson is starting to go after the referees in public, never a good sign for any coach.
"Tonight, I didn't know what was a penalty and what wasn't and I'm sure they (Columbus) would say the same thing," Wilson said. "It gets kind of confusing. One end is being called tight and the other isn't."
Marc-Edouard Vlasic, the 20 year old defenceman had this to say:
"Our last two games, I consider embarrassing," said Vlasic, 20. 'It's a long season, but if you keep letting games slip away, it might cost you in the end."
Posted by Jeremy Milks at 12:07 PM